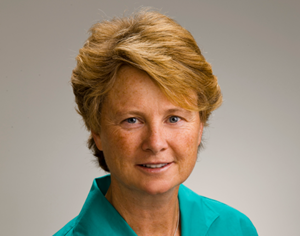 Janine Benyus is a biologist, innovation consultant, and author of six books, including Biomimicry: Innovation Inspired by Nature. In Biomimicry, she names an emerging discipline that emulates nature"s designs and processes (e.g., solar cells that mimic leaves) to create a healthier, more sustainable planet. Since the book’s 1997 release, Janine has evolved the practice of biomimicry, consulting with businesses and conducting seminars about what we can learn from the genius that surrounds us. Her favorite role is Biologist-at-the-Design-Table, introducing innovators to 3.8 billion years of brilliant, time-tested solutions.

In 2006, Janine co-founded a non-profit institute to embed biomimicry in formal education and informal spaces such as museums and nature centers. Over 100 universities are now part of the Biomimicry Educator’s Network, introducing biology’s lessons to students who will one day design, engineer, and manage our world. In 2008, the institute launched AskNature.org, an award-winning bio-inspiration site for inventors. In 2010, Janine and her team combined the for-profit and non-profit arms into a single B-Corp called Biomimicry 3.8.